So I’m not entirely sure how to summarize this book. The actual summary on the back of the book says something along the lines of: After he gets kicked out of school, Derek Fitzpatrick is forced to live with his grandmother while his dad is away in the Navy. Ashtyn Parker has never trusted anyone–she knows that in the end, they’ll only leave her. And then it spouts some nonsense about trusting Derek to leave her home, and her sister who has just shown up after abandoning her ten years ago.

That is not what this book is about. Not entirely. This book is a love story between Derek and Ashtyn, where Ashtyn learns to trust Derek, and Derek learns to live his life again. Yes, the summary on the back of the book is vaguely similar to the plot, but the plot itself is more complicated, if not more predictable, than that. (But I’m not giving you any spoilers!)

I really liked this book. I personally think that Simone Elkeles is a genius in creating fictional romances that can only happen between the pages, but nevertheless make you feel warm and fuzzy inside. She is excellent at making loveable characters who you wish were real people who you could meet and be friends with, and just as equally good at making characters who you hate on sight, and continue to hate throughout the book. And one of the things I love about her books is that the characters are not completely black and white; they are multidimensional beings who have actual emotions that are tangible, and at times I actually felt said emotions.

That having been said, this was not one of my favorite of her books. It was very predictable, and there have been other books that I enjoyed a lot more, such as the Perfect Chemistry trilogy. But then again, I did read this as a guilty pleasure book. And it ended up surprising me. I’d forgotten how consuming her books are. I couldn’t put it down or tear my eyes away from the pages from the get go. And while it was extremely predictable, I really enjoyed reading it. I fell in love with Derek (he’s just a wonderful character, sweet, and supportive, and just all around the perfect fictional male romance character), and I adored Ashtyn. I liked the fact that she was a football player, and was independent throughout the novel, not relying on Derek completely for anything, and just remaining who she was, even when she was growing as a character. She was definitely not a pathetic, whiny person who just became more annoying as she fell in love; she was not a character who became absolutely obnoxious about her love life to the point where she was consumed in it. She was independent, driven, had a life outside of Derek, and was overall a very well-rounded heroine. And Derek was the perfect southern gentleman, but at the same time, he was funny, and sarcastic, and just overall loveable. And they’re not the only characters I liked: I also liked Ashtyn’s friends, who were all very loyal to her, and I loved Derek’s grandmother. She was absolutely hilarious.

I do not recommend this book for anyone under the age of 13. It probably is appropriate for some younger ages, but there is alcohol, drugs (mention of), (not explicit) sex, and some bullying. 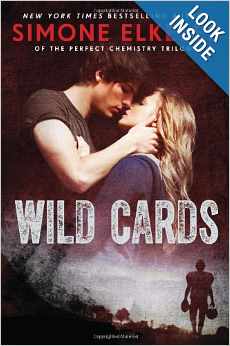 It is my sincere hope that this blog sends you on amazing adventures! Keep reading.... View all posts by livisbookbag